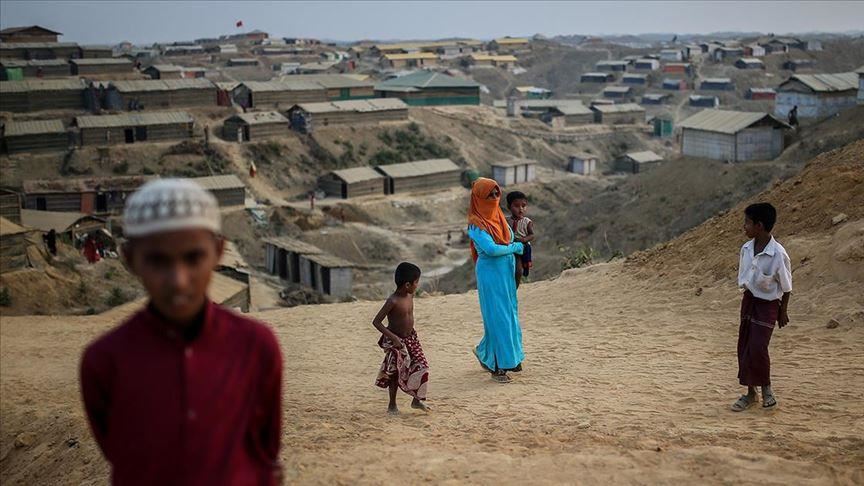 ‘We had to survive for 4 months at sea with limited food stocks,’ says refugee after rejection from different countries. After being adrift in the sea for months, Zaiburrahman, 34, said he was so grateful when he finally landed on the northwestern Indonesian coast.

Zaiburrahman, a Rohingya refugee, said he and 113 others on board had to survive for four months at sea with limited food stocks before making it to Aceh.

“We didn’t have a lot of food,” Zaiburrahman told Anadolu Agency, recounting that they had left Rakhine State for Bangladesh to pick up other refugees and sailed to Malaysia, but were not welcomed by locals.

“When we reached Malaysian waters, we were pushed back,” he said.

Since then, he added, their ship sailed aimlessly, until finally becoming stranded in the waters of northern Aceh and rescued by Indonesian authorities and residents.

Zaiburrahman said 15 refugees had died on the journey due to illness and lack food, and had to be thrown into the sea.

“We thank the people of Aceh for accepting us,” he added.

Adli Abdullah, a member of the Aceh sea commander advisory board, told Anadolu Agency that the province had a tradition of helping people facing hardship at sea since the medieval Sultanate of Aceh Darussalam.

The 13th-century sultanate, according to Abdullah, emphasized the principle of mutual help, with residents and fishermen even today taking it upon themselves to assist those in need.

“If we don’t help, then our fortune would not be blessed,” he said.

As a result of this custom, the people of Aceh moved to save the stranded Rohingya refugees and help them reach land.

“This is not the first time. We’ve accepted them since the Rohingya issue spread to the region,” said Abdullah.

He said there were 173 sea commanders who preserved this custom throughout Aceh province.

A London-based Rohingya rights group said the refugee exodus to other Southeast Asian countries occurred as genocide continued against the persecuted Muslim minority in Myanmar.

“The persecution is still going on and Rohingya are in the middle of armed conflict between the government and Arakan Army. Rohingya people are still subjected,” Muhammad Habibullah, spokesperson of the Arakan Rohingya National Organization (ARNO), told Anadolu Agency.

Habibullah called on leaders within the Association of Southeast Asian Nations (ASEAN) to address the root causes of the Rohingya crisis and their refugee problem, as well as to pressure the Myanmar government to end the genocide and apartheid measures against the group.

“The region must unite in creating a long-term solution focusing concrete efforts on providing mutual cooperation and technical assistance to all countries in the region to put an end to the human trafficking and human smuggling that continues to occur,” he stressed.

At the temporary shelter, refugees have begun suffering from inadequate sanitation and clean water shortages.

Action of Nusantara People (AIN), a humanitarian agency, said a well located near the shelter was filled with garbage after it was left unused for a long while.

Hafiz said the agency worked with another group known as the Friends of Erdogan Indonesia to distribute 10,000 liters of water and build seven emergency toilets for the refugees.

“The government and NGOs have to pay attention to this sanitation issue,” he added.

The Rohingya, described by the UN as the world’s most persecuted people, have faced heightened fears of attack since dozens were killed in communal violence in 2012.

According to Amnesty International, more than 750,000 Rohingya refugees, mostly women and children, fled Myanmar and crossed into Bangladesh after Myanmar forces launched a crackdown on the minority Muslim community in August 2017, pushing the number of persecuted people in Bangladesh above 1.2 million.