Safe Zone For Rohingya In Myanmar 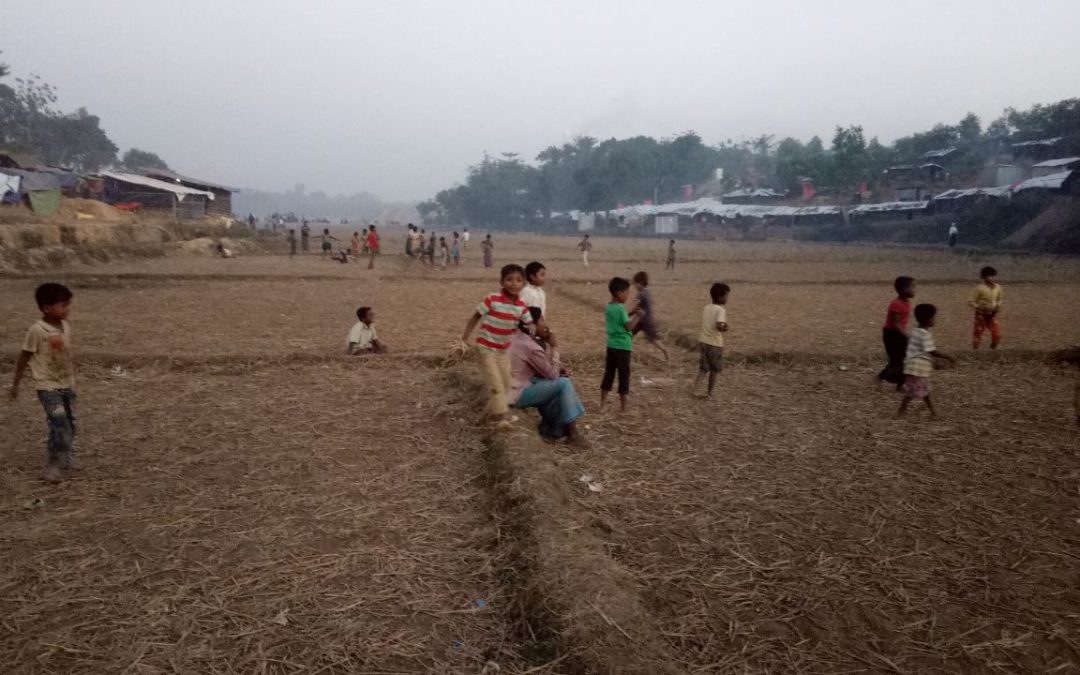 Since Gen. Ne Win’s military coup in Burma/Myanmar in 1962, the Rohingya have faced continuous process of de-legitimisation, institutionalised persecution, crimes against humanity and worsening abuses culminating into one of the gravest genocides of the modern era. Particularly from 1978, they have been subjected to widespread state-sponsored violence in Myanmar’s Arakan/Rakhine State.

While accounts of atrocity crimes and systematic violence against the Rohingya date back decades, a period of more consistent attacks began in June 2012, resulting in the killings of many hundreds, may be thousands of people, an exodus of approximately 200,000 Rohingyas into Bangladesh, and the forcible displacement and confinement of around 140,000 Rohingyas in apartheid-like semi-concentration camps in Rakhine’s capital Sittwe and other southern towns. The displaced people are surviving in conditions described by international relief organisations as the worst in the world for nearly seven years, while hoping in vain to return to their original places and villages, which alas has been taken over by ultra nationalist groups and state forces.

The systematic persecution, mass killings and crimes against humanity against Rohingya increased dramatically after 2012, culminating in an intense military led genocide in 2016 and 2017. The military had carried out armed operations with genocidal intent against Rohingya civilians, resulting in the missing or death of at least 43,000 Rohingyas including infant children, rape or gangrape of thousands of Rohingya women and girls, wholesale destruction of villages and homes, forcing more than 700,000 survivors to take refuge in Cox’s Bazar District of Bangladesh within a span of two months from the last days of August 2017. They constitute a threat to international peace and security.

Last month, Ms. Yanghee Lee, the UN special rapporteur on human rights in Myanmar, said the military chief (Senior General Min Aung Hlaing) should be prosecuted for “genocide”. By the same token, many feel that State Counsellor Aung San Suu Kyi, who consistently defends army brutality against Rohingya, is also accountable for her complicity in this genocide.

Today Bangladesh is a home to more than 1.2 million Rohingya refugees, including those who have been taking refuge over the decades. The Rohingya people are grateful to the people and government of Bangladesh for showing solidarity by a bold, merciful and humanitarian gesture despite the economic constraints of this nation.

Land is the life of the people. The Myanmar government has declared state ownership of the Rohingyas’ lands; their burned villages and houses have been bulldozed to destroy any potential evidence of crimes against humanity and genocide, and to erase any signs of former existence of Rohingya civilization. Now the government is planning to set up special economic zones in Maungdaw township and to establish more Buddhist settler villages all over northern Rakhine State. This is a sinister design to disown the entire Rohingya population. The humanitarian crisis is immeasurably great with the process of genocide still ongoing in Rakhine State.

Although Bangladesh and Myanmar signed a repatriation deal in November 2017 with a two-year timeframe to return the Rohingya refugees to Myanmar, there was no alternative but to postpone the repatriation due to global concerns about the safety of Rohingya in their home country. The United Nations and much of international community have frequently warned that the situation in Arakan/Rakhine State is not conducive to repatriation. It is crucial to honour the legitimate demands of the refugees for voluntary, safe, dignified and sustainable return with justice, restoration of their full citizenship and recognition of their ethnic identity as “Rohingya”.

Myanmar government have so far, rejected any resolutions, recommendations and advices of the United Nations, regional organisations, world leaders, human rights and humanitarian groups to deal fairly with the Rohingya, improve their human rights situation and living condition in Rakhine State, restoration of their full citizenship and recognition of their ethnic identity “Rohingya”. On the other hand, it is unfortunate that large sections of the Buddhist Rakhine with whom they have been living together for centuries have become instrumental in the genocide of Rohingya. Due to protractedstate propaganda and Islamophobia, most of the ethnic nationalities in Myanmar have adopted an ambivalent attitude towards ethnic Rohingya. Thus, Rohingya are virtually friendless in Myanmar.

The repatriation is a matter of life and death and foremost priority of the Rohingya people is to return home. But they cannot return where further genocide, oppression and bloodshed awaits them. The sad truth is that the Myanmar government and its military have no intention of creating the condition for a sustainable return of the refugees, because they have already achieved their goal: eliminating the Rohingya from Rakhine State.

For more than one year, about a million largely traumatised refugees are living in the overcrowded and squalid refugee camps within a small geographic area in Cox’s Bazar District. The presence of such a bulk of foreign nationals in a poor area has caused numerous social, economic and environmental problems. The locals now feel that they are outnumbered by the refugees and their sympathy is fading for them day by day. They start saying that the refugees should be kept in a locked area if they stay longer. The growing displeasure of the host population is a real anxiety for the refugees.

Given the ongoing genocide coupled with uncompromising attitude of the Myanmar civil and military authorities and the arrogance of hostile Buddhist Rakhine communities towards peace-loving Rohingya people, the United Nations with the international community and influential nations should consider humanitarian intervention designating Northern Arakan a “safe zone” to be protected using all necessary means, including use of force.

Soon after the unprecedented Rohingya refugee influx into Bangladesh in 2017, Honourable Prime Minister Sheikh Hasina proposed to establish safe zone in Rakhine State on very many occasions, including in the UN General Assembly. The creation of safe zone inside Arakan/Rakhine State is humanitarian imperative. However, it requires establishing a ‘stabilization force’ to protect theRohingya inside Rakhine State, which will serve as a confidence building measure ensuring peaceful return of the traumatized refugees to their original homes and places in Arakan. The refugees are the victims, the survivors and, above all, they are innocent people who want to return to their homeland with which they have physical, psychological and spiritual attachments. The world leaders should be aware that the cost of inaction is higher than action. They should take lessons from the historic episodes that genocide is impossible to prevent without intervention.

It is of vital importance that the three townships of Maungdaw, Buthidaung and Rathedaung (also known as Mayu Peninsula), where most of the refugees came from, should be declared a safe zone which may be gradually expanded to cover the whole ‘Traditional Homeland of Rohingya’ –- the contiguous areas between west bank of Kaladan river and east bank of Naf river that demarcates Myanmar-Bangladesh border –, and if necessary, it may be extended to other areas where the Rohingya and Kaman Muslims are living, in case they are under threat as they have been from hostile state backed Buddhist nationalists mob since 2012.

Safe zone(s) should be properly established with a number of legal and practical conditions that must be met for safety to be guaranteed. It should be to prevent people inside Rakhine State from needing to seek protection abroad as refugees, and to encourage those refugees taking refuge in Bangladesh and elsewhere to return home in safety and with confidence. It should also be a humanitarian solution. Declaring an area a ‘safe zone’ or existence of a safe zone should not imply that other localities are necessarily ‘unsafe’.

(1) Safe zones should be neutral, demilitarized and humanitarian in nature. It should ensure continued protection.

(2) Safe zones do not provide true protection as envisaged by international refugee law. Active measures to seek peace must be the objective of States, rather than trapping the people in safe zones at the mercy of the parties to a conflict.