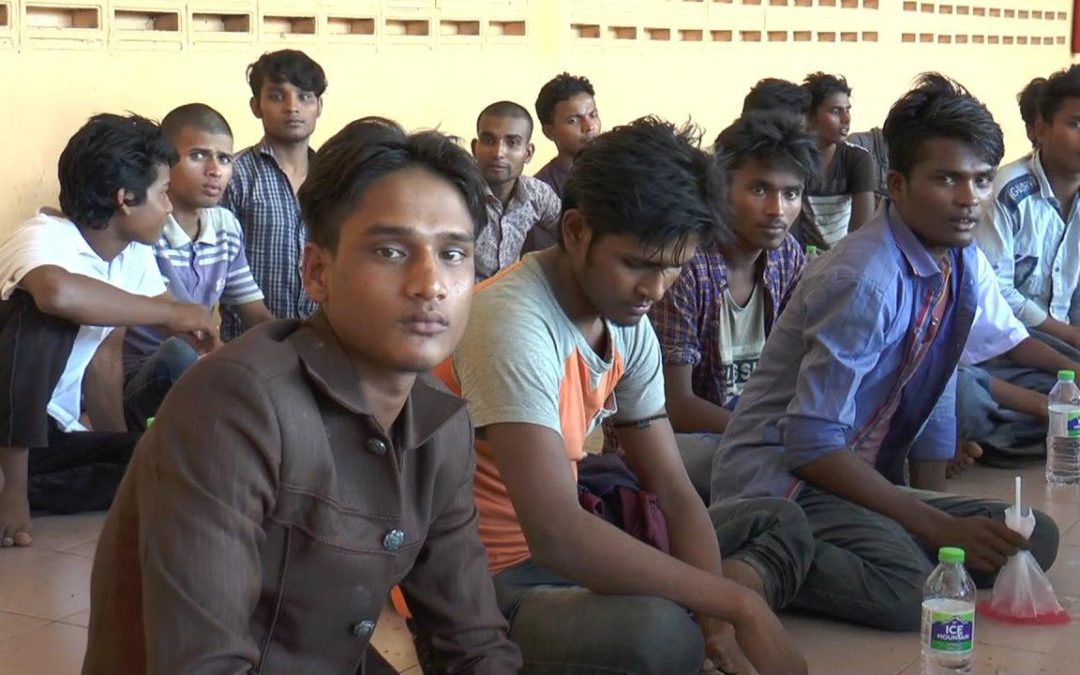 KUALA LUMPUR (Reuters) – Malaysian authorities on Monday were on the lookout for boats believed to be carrying up to 200 Rohingya after dozens of migrants were found near a beach in the country’s north.

Scores of Rohingya Muslims have boarded boats in recent months to try to reach Malaysia, part of what authorities fear could be a new wave of people smuggling by sea after a 2015 crackdown on trafficking.

Forty-one Rohingya men and boys, aged between 14 and 30, were detained on Monday near the town of Simpang Empat after landing at Sungai Belati beach, state police chief Noor Mushar Mohamad said in a statement.

More boats carrying about 200 Rohingya migrants are believed to be at sea, Noor Mushar said.

“If we find them in our waters, we will bring them to shore,” he said, adding that it was not clear if this group was traveling from Bangladesh or Myanmar.

More than 700,000 Rohingya crossed into Bangladesh in 2017 fleeing an army crackdown in Myanmar’s Rakhine state, according to U.N. agencies.

Myanmar regards Rohingya as illegal migrants from the Indian subcontinent and has confined tens of thousands to sprawling camps in Rakhine since violence swept the area in 2012.

The unrest prompted tens of thousands of Rohingya to flee Myanmar by sea. The exodus peaked in 2015, when an estimated 25,000 people crossed the Andaman Sea for Thailand, Malaysia and Indonesia, many drowning in unsafe and overloaded boats.

The boat that arrived off Perlis on Monday was carrying 47 Rohingya, all of whom paid a Thai trafficker 4,000 ringgit ($976.80) each to take them to Malaysia, Noor Mushar said, citing interviews with one of the detainees.

The group had been traveling with hundreds of other Rohingyas on a larger boat before they were transferred to smaller, crowded vessels in Thai waters, he said.

The 47 migrants were dropped about one kilometer offshore and walked for an hour through mud. Forty one were detained and six people are missing, Noor Mushar said.

“Since there was no one to greet them, they made their way in separate groups to the nearby villages, covered in mud,” he said, adding they were in good health despite their ordeal.